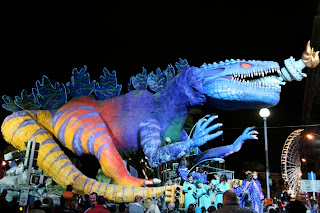 According the the United Nations Tourist survey, France still tops the lot when it comes to attracting the most tourists every year - coming in at a staggering 76m++. Behind France comes the US, China, Spain, Italy and then the UK. It is a shame to see the UK (despite the sometimes unsure weather and high costs) lagging so far behind - despite a growing feeling that London has much more to offer spectacle wise, and culinary wise even (sorry French friends!) than Paris itself....hopefully the Olympic Games 2012 and the Queen's Jubilee will give a bit of a filip to proceedings. The Olympic Park certainly looks impressive - cheek by jowl with some of the poorest housing in London - this must be so strange for local inhabitants - although I remain unconvinced about the raison d'etre of that ghastly red metal centrepiece!! The arty among you could perhaps enlighten me - PLEASE??? The French are keen however to work their way up the rankings in the spend category where they come in at a meagre third. So far this year from our reservations at spacebetween (http://www.space-between.co.uk) for holiday accommodation and walking and adventure holidays in the Mercantour and beyond - it is the British who seem to have cast off their gloom (happy at last that the UK have their own currency?) while the French seem much more circumspect about spending money - hardly surprising perhaps with the uncertainty of the Euro and the elections this year where there doesn't seem a lot of choice other than the bitter little guy and the extreme right.

The image is of Nice Carnaval a couple of years ago - the Alpes-Maritimes continues its year round sense of fun!!!!
Posted by liz lord at 02:40 No comments: 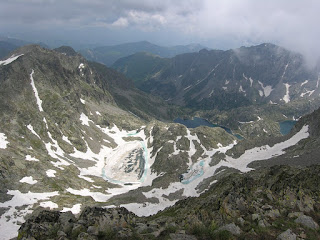 You may have thought that owning a pair of snow cleats said as much about you as possessing those must have frumpy checked shirts advertised in the back pages of the Press, tilting chairs, and crimpolene (or is it crimpalene?) tabards, but away with you, they are a great and inexpensive way to prevent yourself inadvertently featuring in the World Ice Skating Championships!!! We have bought several different kinds and come back to the Stabilicers type brand (we found that the Yaktrak [with coiled metal foot plate] didn't last very long and easily pinged off) which is a rubber galoshe which slips over the toe of your boot/shoe and has studs on both the ball of the foot and heel section. They come in various sizes and cost between about £10 and £15. Make sure that you have secured the cleat over both your toe box and the heel so that it is gripping where it should be. These little fellas are great to keep in the car to cope with the kind of weather that the UK is now "enjoying", the type that creeps up on you and you just haven't remembered to put your snow shovel, and luminuous padded coat in the car. Be forewarned - why not!?! In the mountains - the cleats have a superb function on days out, as we have seen in the Mercantour during our winter walking holidays, where is has been cold but there is no snow, with occasional icy patches, especially in areas with have no sunlight in the winter months....easier to pop the cleats on and walk deliberately, planting your feet firmly that to end up scrabbling around the undergrowth trying to avoid the spectacular ice!!! Of course for more serious stuff, snow shoes, half crampons and full crampons give much better purchase. Have a browse on a search engine - I've even seen ones suitable for high heeled shoes - for the fashion victims who don't mind breaking their necks and ruining their Louboutins in snow and ice!! - or get yourselves over here to the Mercantour where we have assorted rubber wear (!) plus plenty of lovely mountains abundant in snow and ice of every shape imaginable.
The picture was taken on a trip in JULY - in the Valmasque - there's a refuge at the far end of the left hand lake - we started out in wonderful Alpine pastures, knee deep in flowers, slept in the super friendly Valmasque refuge - and then slogged up to this view point the day after - be prepared for any weather in the South of France when walking, even in the summer......Enjoy...
Posted by liz lord at 09:32 1 comment:

Snow - Now there will be snow shoeing!!! 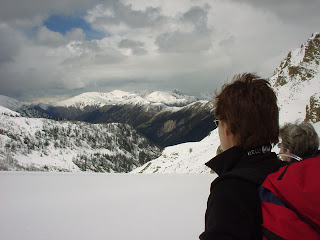 At last the Alpes-Maritimes is able to join company with its friends in the North and throw open its doors for some snow activity. Traditionally, it seems at least, there has been enough snow for the Christmas and New Year period to make it worthwhile to dig out your gaiters and gloves, but this year the sun just kept on shining - almost three months with just two grey days. Our winter walking holidays over the festive season were a great success, thanks to fabulous guests who were delighted with the clear blue skies, a variety of walks, excellent food and good company....what we do at its best and most satisfying....since then the department has been rather holding its breath - with the higher ski resorts hanging on by the skin of their teeth, offering hard grainy snow chucked out by snow cannons - not always a perfect solution either given the dearth of rain fall in recent months. After a tense month, where did January go?, there has been a flurry of activity on Facebook this weekend, all movers and shakers in the Alpes-Maritimes being cock-a-hoop about the precipitation.....and the dull weather offering the perfect excuse to sit down and watch one of the most exciting tennis matches ever!!!! Not sure that the horses were too thrilled about the concept but they did have a good roll around in it before realising that munching the hay was a wiser idea.....we are looking forward to our two weeks in mid February now very much......blue skies are promised from the middle of next week...and we may even add a further week in March if there is sufficient interest. Flights from the UK to Nice, given that it is not a "destination" ski airport remain good value - plus if you time it correctly you can enjoy the Nice Carnaval and the Menton Lemon Festival too.....we may have all the tools to create perfect walking holiday in the Mercantour for you but don't forget that the mimosa will be out soon on the coast on the French Riviera. Check us out!!
Posted by liz lord at 07:43 No comments: